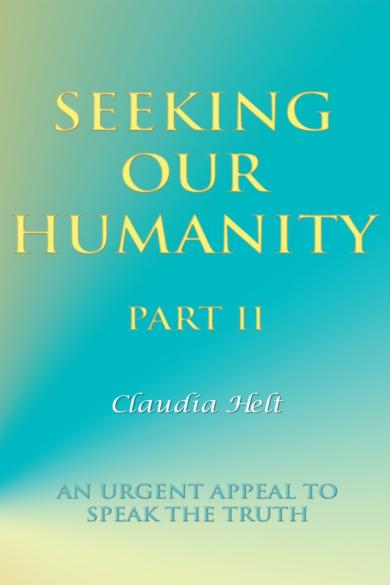 “Never doubt that a small group of thoughtful, committed citizens can change the world; indeed, it's the only thing that ever has.” Anthropologist Margaret Mead’s famous quote may come to mind as you read this second volume in the Seeking Our Humanity series.

In the first book, a small group of friends learned that the environmental crisis plaguing the Earth was not only grounded in our material pollution of land, seas and skies. A mysterious traveler from another plane of existence taught them that the Life Being Earth feels the anger, hatred, violence, and cruelty that people bear toward one another; they poison her life’s very essence. Gently and firmly, he emphasized the urgency of the crisis and the gravity of the stakes: Earth will soon reach a tipping point that will make her uninhabitable for humankind.

The mysterious guest invited them to join with beings throughout the universe to rescue the Earth, and taught them the simple steps that they could take daily to help her heal from this invisible, deadly toxicity. Called and empowered to be part of the solution, they joined forces to do so.

In this installment, the commitment of thes...