Set Your Phaser to Stun PDF 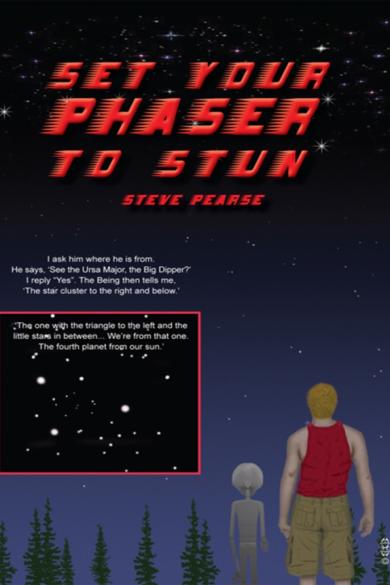 This book is a scientific investigation into the Extraterrestrial Hypothesis, which demonstrates beyond a reasonable doubt that we are being visited by extraterrestrial Beings from another World. This story involves two unrelated cases of abduction. The first case is the well known Betty and Barney Hill case that was published in The Interrupted Journey in 1961, and Captured in 2007. The second case involves a married couple named Kay and Erik Wilson whose experiences were published in The Alien Jigsaw in 1993 and its accompanying Researchers Supplement in 1994. Information from both of these cases have been merged together to prove that the star map that Betty Hill drew was not only real, but it was actually Earth based.

The Wilson case proved to be the key in unlocking the door. Like Betty Hill, once again, a brave soul had the courage to ask the Beings where they come from; and as a result of this unique one on one conversation between Erik Wilson and a Grey, without realizing it, he was given major clues to find their home world. Set Your Phaser To Stun! reveals that Bettys star map is real and the Extraterrestrial Hypothesis has been purp...